Where do you rank in the social pecking order? The answer depends on where you sit.

My last dinner party had barely begun, and my actor friend (let’s call him Sam) was already unhappy. “I’m out of here right now if you don’t change my seat,” he threatened as the cocktail hour got underway. My husband, Bert, had carefully seated Sam who, God knows, needs a new film, next to a key director who might just do him some good But, no, Sam insisted on being seated next to his wife, violating age-old rules of placement, or the art of table seating. While it’s become quite common at Hollywood dinner parties to seat husbands and wives together, I find the resulting flirting deficit usually makes for dull events. 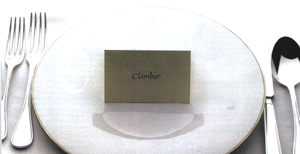 For Sam, however, the issue was domestic peace: Sotto voce, he confided that wherever he was seated, his wife would automatically think he’d gotten a better table assignment and she’d torture him all the way home.

It seemed a bit silly, but I was the hostess, and “to invite a person to your house,” as the famous gastronome Brillat-Savarin had it, “is to take charge of his happiness as long as he is beneath your roof.” It went with the territory.

So, I put on my game face and tried to figure out which woman to move. A simple two-party swap was out of the question – the delicate balance my husband and I had achieved after nights of fretting was far too complex for that. I actually had to move three women to avoid any further mishaps. By the time I figured out the new plan, they’d all picked up their seating assignments, so I went on a desperate search for them in the crowded room, leaving me precious little time to acknowledge arriving guests, who must have found me extremely rude.

The party, in honor of a pal visiting from London, was in a restaurant, and 100 friends and acquaintances were invited. I’d begun planning the seating a week in advance, and was then forced to continuously revise the scheme as more RSVPs trickled in. The night before, I melted down. I’d been staring at my friends’ names for so long, they’d lost all meaning. I gave up. Fortunately, Bert came to the rescue, cutting out rounds of paper, writing names on strips, and shuffling people and tables around for hours. His idea was to approach the problem like a movie producer, casting each table with guests who might have a little chemistry. He grouped people according to common interests, such as business, politics and favorite vacation spots. I interrupted only once, with the suggestion that we put everyone who’s been married three times or more at one table. He didn’t think that was funny, since that was his category

“Then how about seating everyone alphabetically?” I asked, giggling maniacally. “Or by age?”

I was raving, to be sure, but such a random plan is not really as far-fetched as it sounds. As it happens, the 1815 Congress of Vienna established seating protocols designed to put an end to the fiery disputes that arose between diplomats angling for prestigious spots at table. The rule, which still applies, states that ambassadors are to be ranked according to how long they’ve held their posts – whether they represent a world superpower or a piddling principality. After I excitedly imparted this historical nugget, which I picked up in Margaret Visser’s invaluable book, The Rituals of Dinner, Bert sent me to bed, assuring me he had it under control. I slept like a baby.

But at the party, Bert’s carefully constructed house of (place) cards came tumbling down. Immediately after dealing with the Sam emergency, I was faced with still another problem. “If Sam can sit next to his wife, why can’t I?”asked another friend “Shut up and go back to your table, or I’ll seat you below the salt,” I told him, using an old phrase for an undesirable table placement.

This stopped him cold, as he had no idea what I was talking about (In the Middle Ages, the VIPs sat at a raised table with the salt; everyone else was below.) He slunk away. Score one for the hostess.

At that point, Susan, the wife of a film star, came charging over. “How could you sit me with Shirley? We’re not speaking.”

Refraining from telling Susan that Shirley had specifically requested being placed with her, I began looking around for another seat. Meanwhile, Susan gave me the lowdown on how Shirley had introduced her to an interior designer and had secretly taken a kickback on the deal: “Can you believe she made money off me?”

I made a mental note to stop seeing the massage therapist Shirley had introduced me to, and executed another switcheroo. Just as I was about to auto-combust, an old friend quietly offered to take on a suicide mission and be seated next to a socially challenged guest. What are friends for?

Before I could take her up on the deal, our most eligible bachelor friend, David, came over to complain that his seat was next to a woman who’d been his dinner partner the night before. “I had nothing to say to her then,” he complained, “and less now.”

“You aren’t trying hard enough,” I replied, turning him by the shoulders back toward the table (Brillat-Savarin be damned). Just then, Mary Beth, recently divorced and on the prowl, pulled a battered magazine clipping out of her handbag and waved it in my face. It was a “top 10 eligible bachelors” list. Were any of them coming? I shook my bead but immediately pointed out David. “He’s not married?” she asked, before dropping her hors d’oeuvre, popping a breath mint and making a beeline for him. Just then a waiter came by with a tray of martinis. I grabbed two. 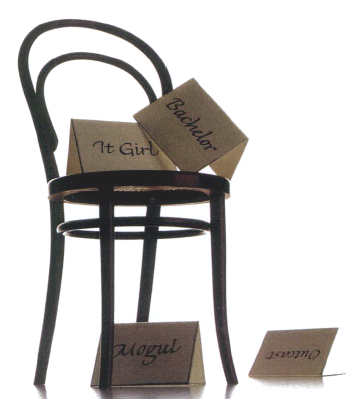 Meanwhile, the restaurant’s manager had been patiently waiting to speak to me. Looking a bit distressed, he continued to wait while I downed one of the drinks. “Mr. Carsten just called,” be finally told me. “He regrets he can’t come. But the good news” – and at this I detected an ever-so-slight roll of the eyes-“is that Mrs. Carsten, will be here shortly.”

Ugh. This meant I had to take a place away from one table, and find two women somewhere, so enlightened – or gay? – they wouldn’t mind sitting next to each other. Mrs. Carsten, a well-connected and somewhat intimidating philanthropic powerhouse, wasn’t going to be one of them. I looked at my watch. In Jane Austen’s day, I would have called upon a quatorzieme -a professional “extra man.” Unfortunately, there aren’t any listed in the LA yellow pages.

Bad turned to worse when Frank and Lila arrived. I like them both, but they hadn’t RSVP’ d. Luckily, I had extra place cards and a pen in my handbag. I got waiters to set two new places. “Hadn’t I just taken a place away?” one of them asked me. I smiled.

As I turned around, I nearly bumped into Melanie, whom I knew from a spirituality class. Melanie was pointing at her husband’s table and hyperventilating. Here was the time to apply those breathing techniques we’d learned in class, I thought. “You know how shy Fred is,” she stammered. “How could you have him at a table where he doesn’t know a soul?” I’d always thought that the fun of a seated dinner was in meeting strangers and, sure that you’ll never see them again, sharing intimacies. Melanie didn’t seem to agree, but I convinced her he could handle himself just fine.

The next morning, when Fred’s dinner partner – Antonia, a leggy, newly separated blond -called to thank me, I learned just how right I was. It turns out that Mr. Shy opened up to Antonia with such charming intimacies that they’d agreed to meet again for lunch on the terrace of Geoffrey’s in Malibu.

If seating brings out the worst in people, it’s probably because it’s one of those times in life when we perceive that there is a pecking order – and feel desperate to come out on top. Things were no easier in biblical times. “When thou art invited, go, sit down in the lowest place,” Jesus advised in that classic book of etiquette known as Luke, “that when be who invited thee cometh, he may say to thee: Friend, go up higher. Then shalt thou have glory before them that sit at table with thee.” (They didn’t call him a martyr for nothing.) The problem abated somewhat during the courtly era, when a strict social hierarchy dictated who sat where, and there was little room for error. But Thomas Jefferson blew that neat system out of the water. Eager to distinguish the United States from all those snobby countries across the pond, be declared that “when brought together in society, all are perfectly equal, whether foreign or domestic, titled or untitled, in or out of office.” Then again, he never had to seat a studio chief or an insecure former A-list actress, did he?

As for my own hostessing nightmare, my spirituality teacher would probably say I brought it on myself. When I was single, on the rare occasion I was invited to a dinner party (really, who wants an unmarried woman around?), I never gave a second thought to moving my place card to the other side of the table or across the room – usually to sit next to a cute guy. Did I stop to think that the hostess had another woman in mind for him? Or that I was committing the Murder One of etiquette? Of course not. No wonder no one invited me back.

I finally learned my lesson when, at a friend’s party, I moved my place card next to that of the host, the only person I knew. But the card I switched was that of the woman seated on his right – the place reserved for the guest of honor. The woman, now at the far end of the very long table, shot me nasty looks the entire night. The next day, I called the host to complain about her. When be explained what had happened, I was mortified.

It’s 20 years later, and the woman is still angry with me.

Frankly, I don’t blame her.

I never switched place cards again.. until recently. But it wasn’t mine I switched, I swear. My husband and I were among the first to arrive at a friend’s 50th birthday party – a giant extravaganza for 300 of his closest friends.

The place card next to me, at a divine table adjoining the dance floor, bore the name of my best girlfriend’s ex-beau, a man who’d cruelly dumped her. Without hesitation, I moved him out to Siberia, near the kitchen door, where he’d be dining with the two teenage nannies and the host’s unpleasant mother and three children from a former marriage. The guy deserved it. But I still feel bad for the nannies. Anyway, despite the fact that I had to reseat nearly half the guests at my recent party, it turned out to be a lovely evening, or so I gather. My friend from London enjoyed himself, and numerous guests called the next day thanking me for a great time.

I’m glad someone had fun.